Kokkola Winter Accordion XXIII – this year was different yet the same 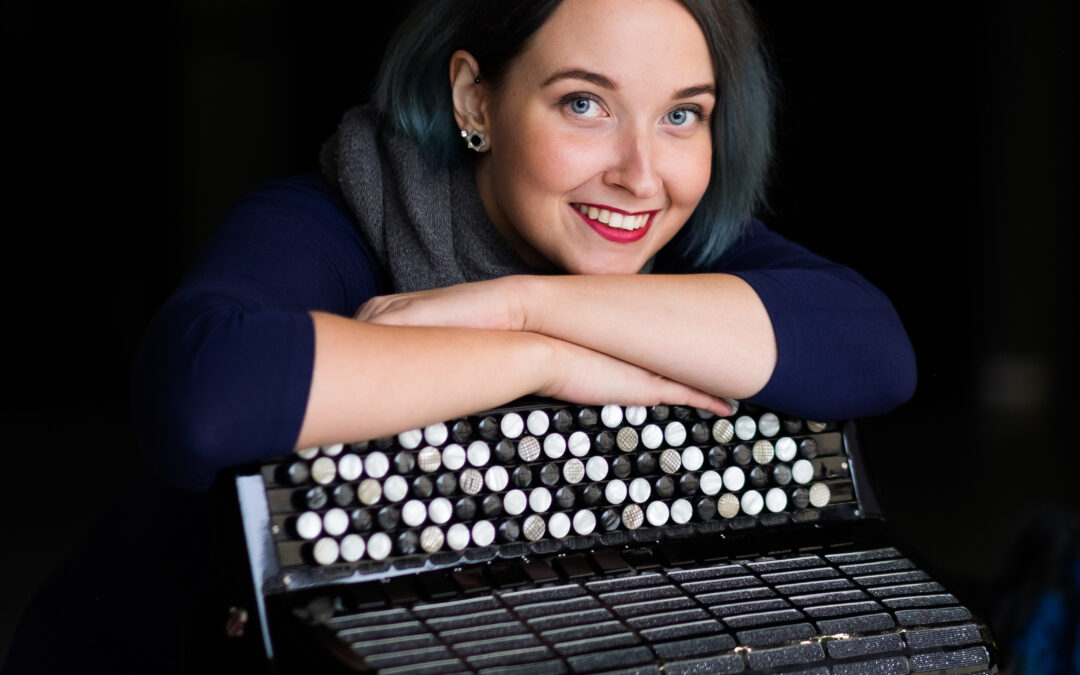 Even in these exceptional times, Kokkola Winter Accordion XXXIII made a special effort to honor cherished traditions. This year we kick-offed the week with old favorites, including a thrilling performance of young virtuosos; concerts for children and a beloved outdoor sledding event.  The week wound down as it has for years with Sounds for Seniors, Guardia Nueva and, last but not least, skiing to the beat of accordion music.

Sounds for Seniors
This year, Winter Accordion was able to continue a beloved tradition of spreading warmth through concerts for seniors at area elderly homes. Despite restrictions, this year unfolded with a speical twist: seniors received a special recorded greeting from accordion students at Central Ostrobothnia Conservatory and Centria University. We hope the heartfelt greetings spread positive vibes that will linger well after the festival has passed.
For the Swedish-speaking nursery homes, whether to allow live performances remained an open question for sometime. However, restrictions eventually forced Julia Hansson to send recorded performances to the facilities.

A festival first for Guardia Nueva
Due to the pandemic, the popular Guardia Nueva grand performance couldn’t take place on the last Saturday of the festival – a first in festival history. But luckily everyone was still able to enjoy a top-notch recording of last year’s exclusive Jubilee performance for free.
“Of course, we feel terrible that we can’t have a real concert this year. On the other hand, we’re all in this together. No one can do anything about it. But when it comes to Guardia Nueva at least we can be happy that last year´s show was a jubilee event because of Kokkola´s 400th anniversary. We even made an extra effort to make a high-quality recording of it,” says Raimo Vertainen, orchestra conductor and festival artistic director.
To honor the anniversary we had four soloists (usually there are two) from different parts of the Kokkola region – Virva Puumala, Matti Korkiala, Maria Autio and Jiri Tammilehto.
“The music is surely known by everyone and is especially suited to the Kokkola people. There are melodies from Syksyn Sävel (Autumn Melody), compositions by Rexi and music with a sea theme,” says Vertainen, who is already dreaming about arrangements for next year’s performance.
“You can also enjoy an anniversary photo exhibition, starting the 15th of February. I urge everyone to go and see it if you haven´t already,” says Vertainen.

Accordion meets skiing
Winter Accordion wouldn’t be the same without the annual accordion-ski event to close out the festival week. And those who skiied to Rastimaja this year were, as every year, greeted with a warm serving of juice. Skiers also enjoyed the sound of accordion music blaring from outdoor speakers.

A heartfelt thanks to everyone…
This year’s exceptional circumstances meant a lot of firsts for Kokkola Winter Accordion: events were admission-free and there were no live performances. Rather, everything was streamed with the cooperation of Keskipohjanma-group. Some of the program was recorded in advance and three concerts were streamed live.
”We wanted to stick to the plans. So even if public concerts weren’t held, it was important that the artists performed where the public would normally have been. It gave the streamed concerts a more realistic quality,” says a proud Raimo Vertainen, festival artistic director.